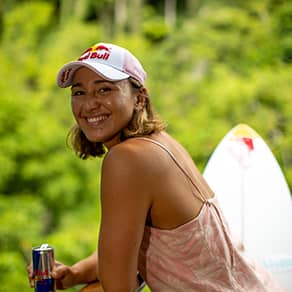 Much like Duke Kahanamoku, Carissa Moore caught her first wave off the beaches of Waikīkī at just five years old and has since taken the sport of surfing to unimaginable levels. Spending countless hours in the ocean with her dad, Chris, dedicating herself to honing her passion for surfing, Carissa went on to win a record eleven NSSA amateur surfing titles. In 2008, at the tender age of sixteen, she became the youngest champion at a Triple Crown of Surfing event winning the Reef Hawaiian Pro. In 2010, Moore qualified to compete on the ASP Championship Tour (now called the World Surf League). She won two major contests, finished third overall, and was named Rookie of the Year. The following year, at only eighteen years old, she became the youngest person – male or female – to win a surfing world title. Moore went on to win additional World Title honors in 2013, 2015, 2019, and 2021.

If this trove of significant accomplishments wasn’t enough, Moore’s 2021 championship title earned her the honor of representing her homeland of Hawaiʻi and her country of USA in the COVID-19 delayed 2020 Olympic games in Japan. Moore continued to make history by going on to win the first-ever gold Medal in Olympic Surfing. Moore, a Native Hawaiian and the embodiment of the aloha spirit, brought home Gold to Hawaiʻi and reminded the world of Duke’s dream some 100 years ago to have surfing become an Olympic sport.

Carissa’s ever-humble approach and sense of kuleana to her community and up-and-coming young female surfers are evident in her charitable foundation, Moore Aloha. Created in 2018, the goal of the foundation is simple– Moore Love! Moore Aloha Foundation encourages young females through the sport of surfing to be strong, confident, and compassionate individuals. 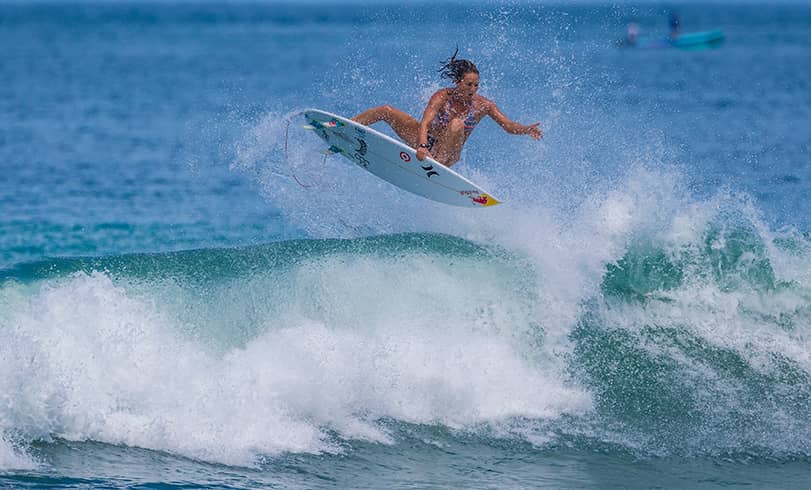