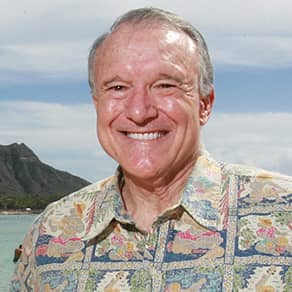 Makaha and Peruvian International and World Surfing Champion Fred Hemmings has dedicated his life to the ocean and to his home state that he loves dearly. As champion surfer and paddler, Fred brought the sports of his home to the worldwide stage and competed at the highest level. He was an essential figure in the development and execution of many of Hawaii's pro-surfing events. Later in life, Fred tried his luck in politics and became both a Hawaii House of Representative member and a State Senator.