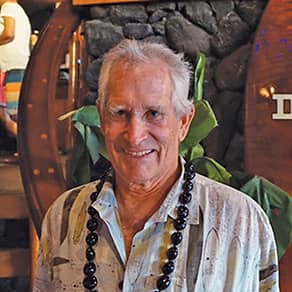 Watching the surfers from the bus at seven years old, I decided at that moment, “I’m going to be that guy,” said the young Joey Cabell. As a smooth regular-footer from Honolulu, Joey Cabell was arguably one of the finest surfers in the 1960s. Cabell won numerous major surf contests, with an unmatched ability to surf waves that ranged from two feet to 25 feet. In 1963, Cabell not only won the prestigious Makaha International in booming 15-foot surf, but he also won the Malibu Invitational in waves no greater than waist-high. In 1967, he won the Makaha again with his signature "speed surfing" approach, and in 1968 he defended that title while also winning the Peru International Surfing Contest. In 1969, he won the Duke Kahanamoku Invitational at Sunset Beach with the same unrelenting prowess, all of which led Surfer Magazine in 1985 to name him as one of "25 Surfers Whose Surfing Changed the Sport." Not only did Cabell find success in the ocean competing at surfing, canoe sailing, and open-ocean catamaran racing, he and partner Buzzy Trent also succeeded with the creation and opening of their first Chart House restaurant in Aspen, Colorado, in 1961. Additional restaurant sites soon appeared in Newport Beach in 1963 and Waikiki in 1968. If competing at the highest level while opening and operating successful restaurants wasn't enough, in 1965, Cabell became part of the one and only Duke Kahanamoku Surf Team. The brainchild of Kimo McVay (Duke's manager), the team consisted of some of the hottest surfers of the era, including Cabell, Hawaii Waterman Hall of Famers Fred Hemmings and Paul Strauch, and the late Butch Van Artsdalen. Duke's Surf Team was well known, accompanying Duke to numerous surf venues and competitions, spreading the Aloha Spirit, and recanting memories that made Duke the "Father of Modern Surfing." “Especially with the local people, you have to be accepted there, earn respect,” says Cabell. “Style was a part of it because, in those longboard days, you had to walk to the nose very gracefully; hang your toes over if you could. Then a nice, beautiful cutback, and you’d go up and down the wave. And it was all style, but it was technique too.” - excerpt from The Birth of Surf Style in Sports Illustrated, in partnership with Breitling Modern Day Adventures and can be found on Joey’s Instagram @charthousewaikiki. 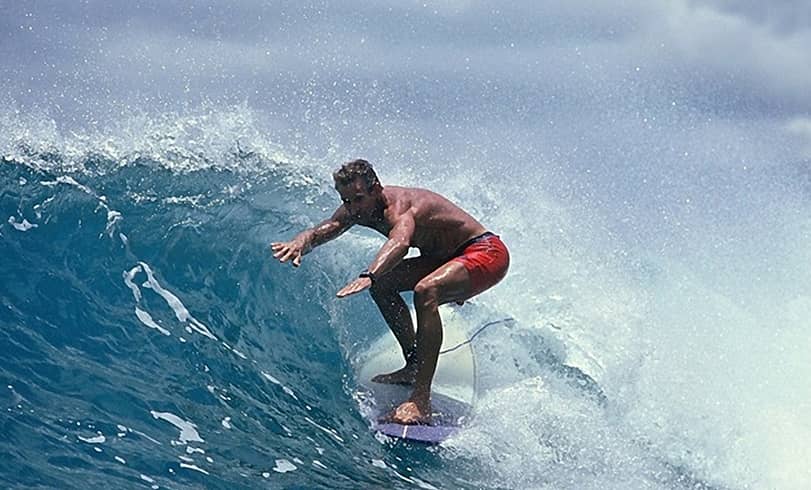