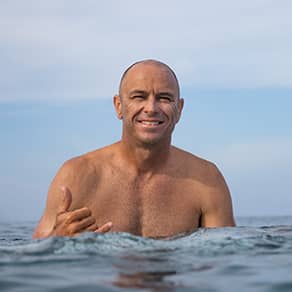 Originally from Kailua-Kona, Dorian moved by himself at the tender age of fifteen to Oʻahu’s North Shore to pursue his pro surfing dreams. Dorian spent eleven years touring as a pro surfer on the World Championship Tour, becoming one of Hawaiʻi’s best-known surfers when he was ranked number four in the world in 1999 and 2000. He earned first-place finishes in the 1994 Nescau Surf Energy, the 1996 O’Neill Surf Challenge, the 1999 Rip Curl World Cup, and the 2000 Billabong Pro. In 2000 he also won the Surf Industry Manufacturers Association (SIMA) “Waterman of the Year” award. In 1995 – shortly after he finished in third place at the vaunted Pipe Masters – Dorian hosted his first-ever Keiki Classic Surf Contest at Banyans on the Big Island of Hawaiʻi, an annual event for the community that continues to this day.

After retiring from the tour in 2004, Shane Dorian found a new passion for big wave surfing, fairly unchartered territory at the time, especially for those trying to make a living at it. Since then, he has received ten WSL Big Wave Awards and two Billabong XXL Awards for his thrilling monster wave rides. He’s also appeared in multiple surf films and television shows, among them: Momentum Generation, Life as a Movie, Thicker than Water, and In God's Hands.

In 2010, Dorian suffered a terrifying wipeout at Mavericks with a two-wave hold-down. Realizing how close to death he had come, Dorian considered retiring from big waves. Instead, the experience led him to design a safety suit – a wetsuit vest that inflates with CO2 during a hold-down and propels the surfer back to the surface. Now considered standard equipment, this invention and its innovative iterations will continue to save countless lives for big wave surfers. 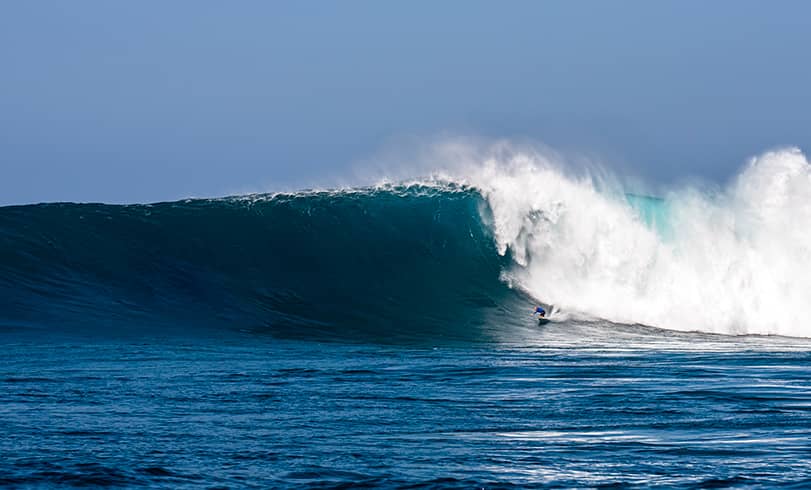