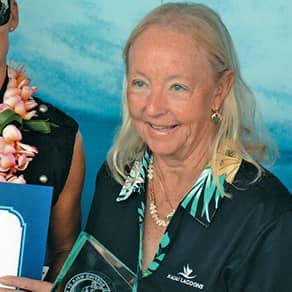 Sharron Weber first learned to surf in 1963 in Honolulu at the age of 15. This would be the start of a glorious and memorable career for the tenaciously competitive goofy-footed surfer. In 1965, Weber won the first of six Hawaii state titles, was runner-up in the 1968 World Surfing Championships (which at the time, was held every two years), and won the 1969 United States Surfing Championship at the age of 21. Weber went on to win the World Surfing Championships in 1970 and 1972. She continued her quest to vie for a third world title in 1974 but canceled her plans to compete in Durban, South Africa, after learning that apartheid would keep her dark-skinned Hawaiian teammates from entering the contest. This moment would signify the beginning of a new chapter in Weber’s life, as a few months later, she opened Tire Warehouse on Kauai and retired from competitive surfing.
Not only did surfing in Hawaii bring joy and a true sense of Aloha to Weber’s life, but it also proved to be a platform for her tire business. Weber recognizes she has been blessed with her successes and summarizes her life by simply saying, “I only know how to do two things: how to surf and how to change a tire.” If claiming multiple world championships and operating a successful business in the service industry weren’t enough, it is Weber’s commitment and generosity to her community on Kauai that she is proudest of. Having served on the Board of Directors of the American Cancer Society and the Kauai Chamber of Commerce for more than ten years, Weber has also been known to give generously to Kauai Junior Golf and the Kauai Lifeguard Association. As recognition for her lifetime commitment and her kokua to the community, Weber was just honored earlier this month with the prestigious Kauai Living Treasures Award. Perhaps it should be re-written that Sharron Weber actually knows three things really well: surfing, how to change a tire, and giving Aloha! 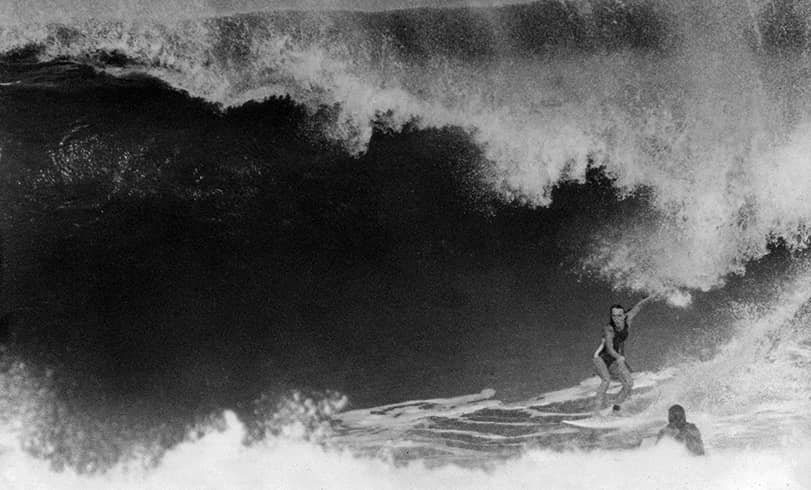