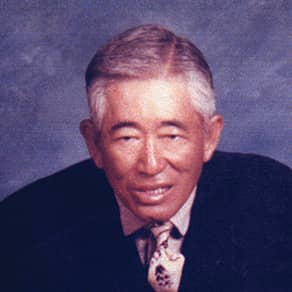 -Legendary Hawaii Swim coach from Puunene, Maui Soichi Sakamoto was a legendary swim coach who made champions out of Maui plantation children that learned to swim in irrigation ditches of the Valley Isle sugar fields. As an elementary science teacher and Boy Scout Master in Pu’unene, Maui – Sakamoto observed that the irrigation ditches were the plantation children’s swimming pool since the only swimming pools back in the 1930s were restricted to wealthy plantation owners and their children. Although he lacked any previous experience as a swimmer or swim coach himself, Sakamoto became a devoted educator for these children. In 1937, Soichi created the Three Year Swim Club, with the goal of training these kids and helping them qualify for the upcoming 1940 Olympics. The young swimmers learned about interval training – high-intensity swimming by going against the current and alternating to low-intensity swimming while traveling back with the current. Character building, training discipline, and old-fashioned hard work were the foundation of Sakamoto’s athletic program.
After just one year, the Three Year Swim Club won every Hawaii swim meet it entered. By 1939, the team won the national title, and in 1940, its members were slated to fill the majority of slots on the U.S. Olympic Team. However, due to World War II, the 1940 and 1944 Olympics were canceled. In 1945, Sakamoto was hired to be the head coach of the University of Hawaii swim team, where he continued to train the best swimmers in the islands. Then in 1948, Sakamoto saw his coaching dreams come true as one of his students, Bill Smith (2013 Hawaii Waterman Hall of Fame inductee), won a Gold Medal at the Olympics in England. This was the first of several Olympic medals to come for Coach Sakamoto’s students. Sakamoto continued to coach at UH through 1966, leading numerous Hawaii swimmers to national and Olympic prominence. Soichi Sakamoto passed away in 1997 at the age of 91. 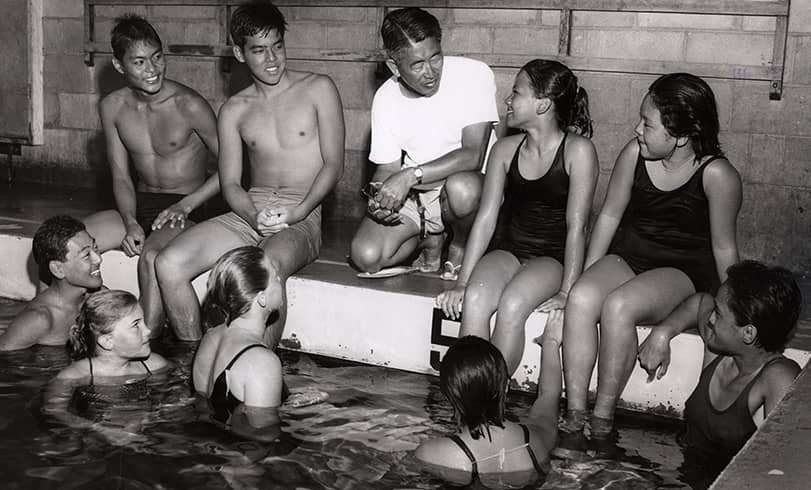