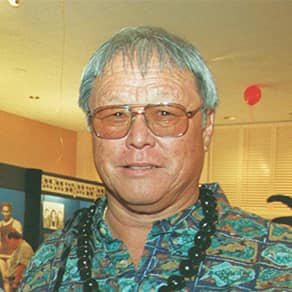 Sonny Tanabe was a barefoot boy from Hilo who became an Olympic swimmer before passing on his passion for aquatics to generations of up-and-coming swimmers. Sonny’s love of swimming began while underwater diving with his uncle off the Hilo coast. He swam for the Hilo Aquatic Club, became an All-American at Hilo High School, and starred at Indiana University as an NCAA and AAU All-American. Sonny’s swimming excellence earned him a place on the U.S. Swim Team for the 1956 Olympics. A few years later, he returned home to Hawai‘i to teach and coach swimming and water polo at Kamehameha Schools for 33 years. He also became an expert at free diving and spearfishing and shared that knowledge in two books on these topics. Always humble, always a teacher, and a strong believer in community service, Sonny also made his mark as a Water Safety Instructor with the American Red Cross for 30 years. We celebrate Sonny’s world-class accomplishments and his lifetime of contributions to watermen and waterwomen statewide. 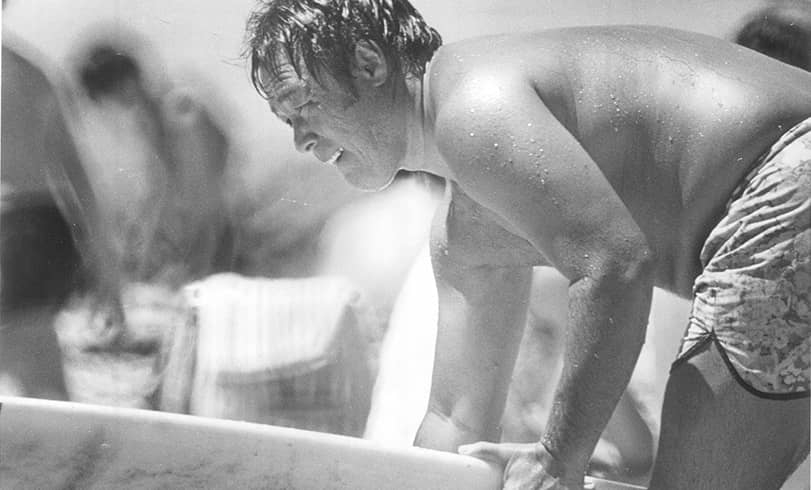