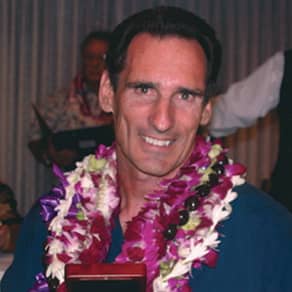 Coach Steve Borowski has taught his swimmers the true meaning of dedication and preservation throughout his career. He should know from experience. As a competitive swimmer himself, Steve was an NCAA and world record holder. After his swimming career, he utilized the lessons he learned and shared them with Hawaii's youth. His coaching accolades include leading Punahou to 13 straight state championships as well as stints at the national team and UH Manoa. A motivator, leader, and competitor, Bill's words have inspired many to follow in his footsteps.