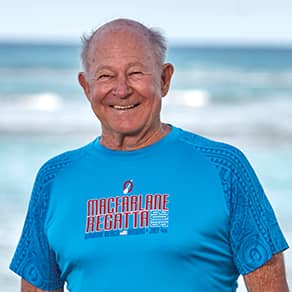 Member of the 1956 Hawaii/United States Surf Lifesaving Team that competed in Australia in conjunction with the 1956 Olympic Games. Winner of the prestigious 1957 Makaha Junior Amateur Surfing contest. A perennial member of the vaunted Outrigger Canoe Club open men's racing team. Winner of four Molokai Hoe Canoe Racing World Championships in 1965, 1975, 1977, and 1979 and multiple titles in the Master's division in the 80s and 90s. Guard has been connected to the ocean his entire personal and professional life. At age 12, his father arranged a surfing lesson for him with Duke Kahanamoku, and he never looked back. His first job as a teenager was working down on the docks and, ultimately, became the owner of Hawaii's largest stevedoring company, McCabe, Hamilton & Renny Co. Not only was Guard a consummate waterman, but like Duke, he has left an incredible legacy of service in the community. Of all his accomplishments, he was most proud of his service as a major charitable benefactor and advocate for Hawaii, and its youth. Guard held numerous leadership roles for charitable organizations including past Chairman of the Board of the Battleship Missouri Memorial; Founder of the Hawaii Youth Challenge Academy Foundation; past President and Director Emeritus of the Outrigger Duke Kahanamoku Foundation; and former director of the Marimed Foundation, the Honolulu Aquarium and the Manoa Valley Theatre. Tim passed away in 2020 at the age of 79. 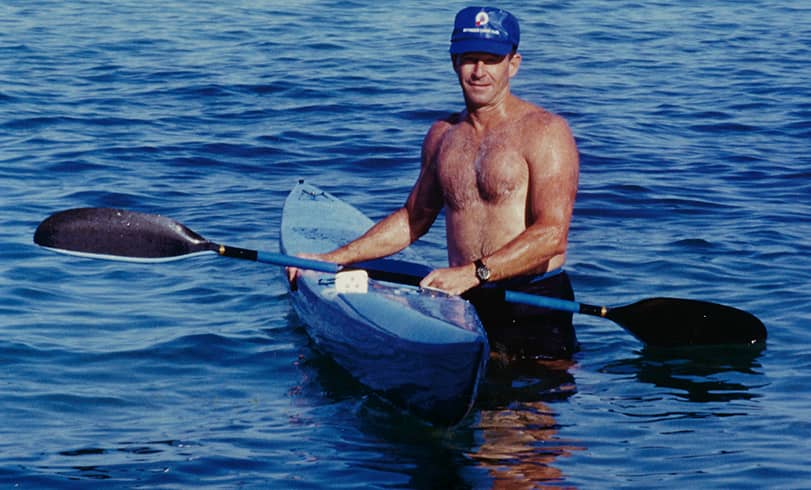