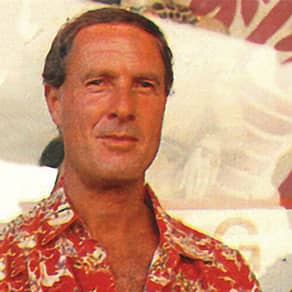 Tommy was the winner of the 1967 Molokai Hoe Canoe Racing World Championships, an avid big-wave canoe surfer, and was credited for riding the largest waves ever in an outrigger canoe (Project Avalanche, 1980). Along with Aka Hemmings, he was arguably the first to cross the Kaiwi Channel from Molokai on a paddleboard in the 1970s. We lost Holmes to a heart attack on August 23, 1993, while paddling his one-man canoe. Holmes's accomplishments were so vast and prolific that his legacy continues to lives on today. He was also a co-founder of the Polynesian Voyaging Society, the non-profit organization that has continued to perpetuate the art and science of traditional Polynesian voyaging through its sailing canoe Hokulea. One of his last legacies was the book he wrote entitled The Hawaiian Canoe, which was first published in 1981 and re-released in 1993. In addition to his love and interest for all ocean sports, Holmes served on numerous non-profit boards including, Planned Parenthood, HUGS, and the Make-a-Wish Foundation. The Tommy Holmes Legacy further lives on through the art, photography, and decorum he co-designed at the world-famous Duke's restaurant on Waikiki Beach. 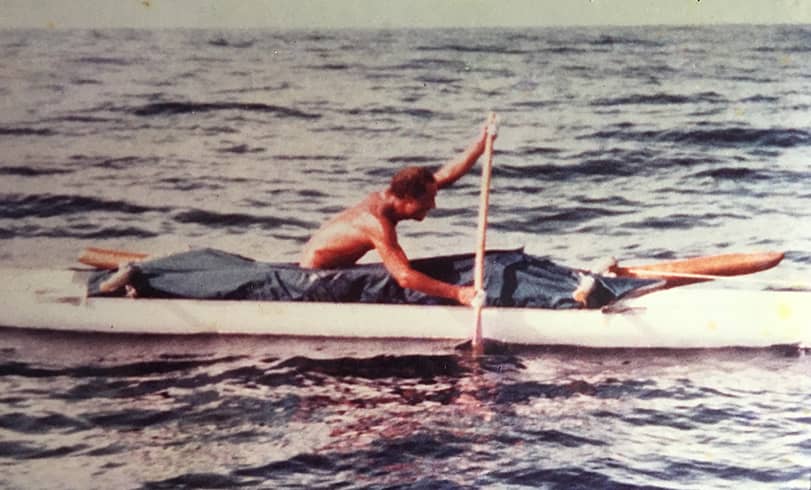