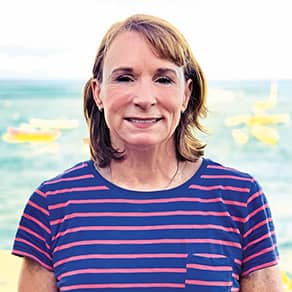 Arguably one of Hawaii’s greatest waterwomen and an all-around outstanding athlete, Traci’s impressive athletic resume began when she was 10 years old and she is still competitive into her 50s. Traci has amassed a lengthy list of state beach volleyball championship titles in both doubles and mixed (1978 - 1981), as well as state racquetball and national runner-up titles in singles, doubles and mixed divisions (1981-1983). Her accomplishments went far beyond the courts, to the field--as a high school track athlete and to the ocean as an avid surfer, where Traci won state surfing championships while also racking up four Na Wahine Molokai Hoʻe Outrigger Canoe Racing World Championships in 1979, 1984, 1985 and 1992. These successes on the water led to a full-time commitment and the logging of literally thousands of hours of dedicated training, when she became a member of the U.S. Olympic Kayak Team in K-1, K-2 and K-4. Most notably, she won two Gold Medals in the 1987 Pan American Games in K-1 and K-4 divisions. She not only competed in the World Championships for kayaking from 1986-1996, but also was a member of the U.S. Olympic team in three Olympiads--1988, 1992 and 1996. Twice named the top Female Athlete of the Year by the U.S. Canoe and Kayak Team (1987 and 1990), Traci was also recognized as Canoe/Kayak Athlete of the Year by the US Olympic Committee in 1988. Following her run at three consecutive Olympic Games, Traci returned home to Hawaii and coached Punahou and Mid-Pacific ILH kayaking. Then she resumed competing and coaching for the Outrigger Canoe Club (OCC) where she was awarded the prestigious Winged “O” in 2004. Her OCC coaching experience culminated with coaching the OCC open women in 2016 and 2017, along with Johnny Puakea. She still lives in Honolulu and enjoys OC-1 paddling, kayaking, surfing and weightlifting. After a hiatus, Traci hopes to resume coaching in the future. 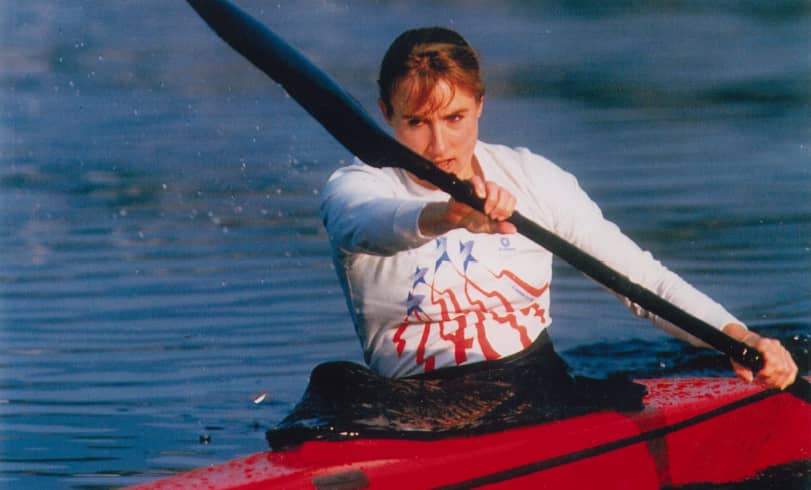