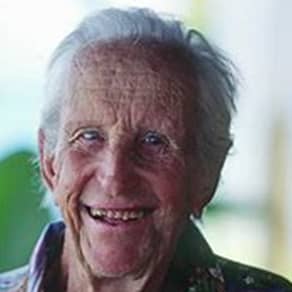 Renowned surfer, sailor, shaper, and all-around waterman Woodbridge Parker "Woody" Brown sought adventure throughout his 96 years on land, at sea, and in the air. Born in 1912, in New York, he left school at 16 to pursue his dream of flying, eventually settling on the West coast where he flew gliders and began bodysurfing on a carved wooden plank, using it in a style now known as boogie boarding. A master innovator, he applied glider construction techniques to build his first hollow plywood surfboard in 1936, a forerunner of modern boards. Brown built the prototype of the modern catamaran in 1947 inspired by twin-hull canoes he saw in the South Pacific during World War II and equipped with aeronautical engineering and lightweight construction knowledge. The “Manu Kai” (Sea Bird) was thought to be the fastest sailing vessel of its time and Brown made a living using it and other subsequent boats he built to take tourists off the shores of Waikiki. Nicknamed "Spider" because of his unique stance on the board, Brown surfed alongside many of the greats including Duke Kahanamoku. He was one of three surfers photographed charging down a giant Makaha wave in 1953. The iconic photo appeared in newspapers around the world and is said to have sparked the influx of surfers to Hawaii. A true waterman, Brown surfed regularly until he was 90. Interviewed by Malcolm Gault-Williams for “Legendary Surfers: A Definitive History of Surfing’s Culture and Heroes,” Mr. Brown summarized his life as follows:
“I have to admit, I lived in the best time. I couldn’t have had a better life… I was just lucky. I saw the old Hawaiian people and how they used to live. I got the tail end of the true Hawaii. I’m so thankful and appreciative for that.” Woody passed away in 2008 at the age of 96. 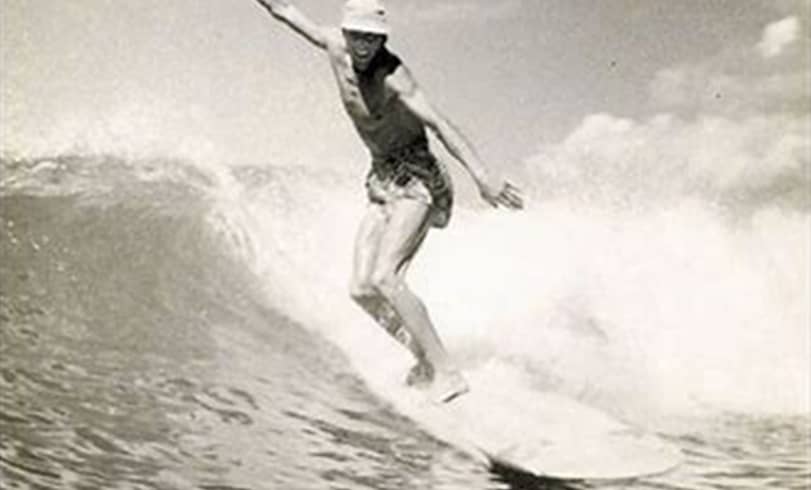