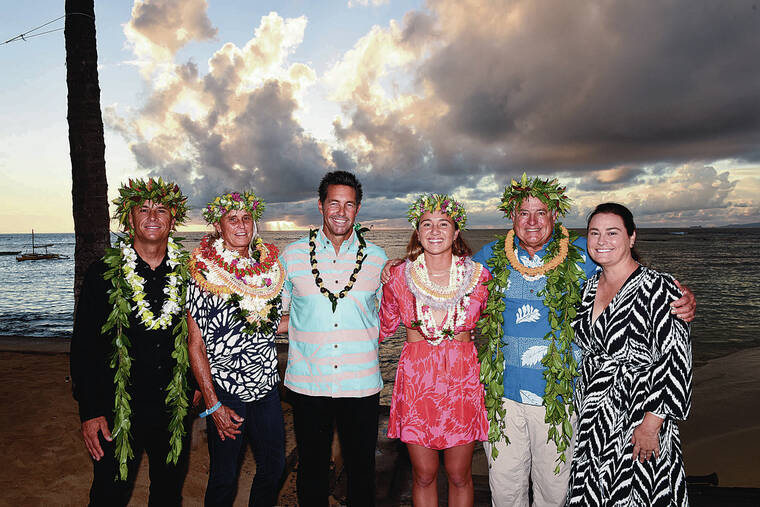 By Mindy Pennybacker for the Honolulu Star Advertiser

“It was just amazing, there was so much emotion and synergy,” Bill Pratt, award co-founder and chairman, said of the event Friday in a phone interview. “Hawaii’s watermen and waterwomen are the greatest in the world, but they also share a uniquely Hawaiian humility and real sense of ohana,” Pratt said.

The award honors kama­aina who perpetuate the spirit of Duke Kahanamoku, the islands’ five-time Olympic swimming medalist known as Hawaii’s ambassador of aloha, who posthumously headed the first class of Hawai‘i Waterman Hall of Fame honorees.

“These athletes are very much in the same vein as Duke, 130 years later,” Pratt said. “They care about their athletic prowess, but they care more about one race: the human race.” Winners are selected for outstanding achievement in their sports and making community contributions.