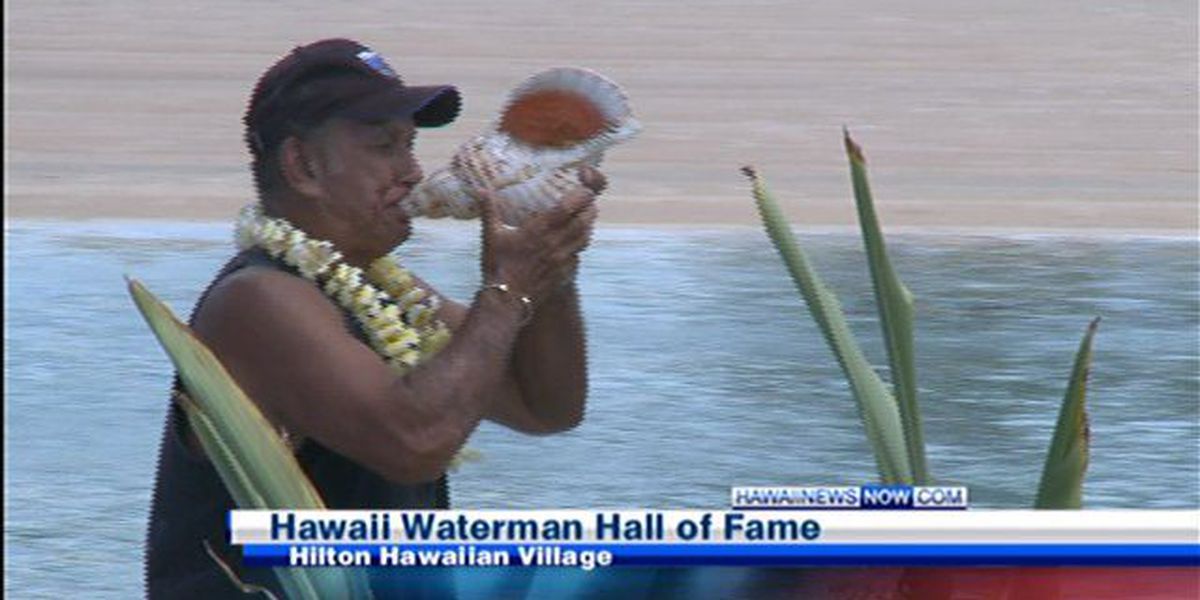 The Outrigger Duke Kahanamoku Foundation launches Hawaii's first Waterman Hall of Fame. The Hall of Fame honors the men and women who have significantly contributed to various water sports and exemplify exceptional and admirable behavior.

From Hawaii News Now - The Outrigger Duke Kahanamoku Foundation has created the Hawaii Waterman Hall of Fame. Three of the nine members of the inaugural class were on hand for the announcement at the Hilton Hawaiian Village this morning. The Hall of Fame honors Hawaii's legendary kane and wahine o ke kai.. men and women of the ocean who have helped to establish Hawaii as the center of the watersports world. Seven men and one woman join Duke Kahanamoku on the initial list of honorees.

Surfing legend Fred Hemmings is one of the nine and calls it , "An incredible honor. It's an honor to be born and raised in Hawaii. I say Hawaii is the watersports playground of the world and to be a part of this group is very special."

Buffalo Keaulana has taught generations how to cherish the ocean. "When in the water, there's a lot you can do. You can sail and fish and swim. Enjoying the water with somebody else is even better."

Nappy Napolean has had a lifelong passion for canoe paddling and in 2007 completed his 50th consecutive Molokai Hoe, a grueling 41 mile race from Molokai to Oahu. "I enjoy the water. If I go home I watch TV, get lazy. When I come down to the beach, I'm alive."

Posthumous inductees include Eddie Aikau and Rell Sunn. Others being honored are Rabbit Kekai, Keo Nakama, and Wally Froiseth.

The official induction ceremony will be held at the Outrigger Canoe Club on August 24th, the 120th anniversary of Duke Kahanamoku's birth.

Check out the article here