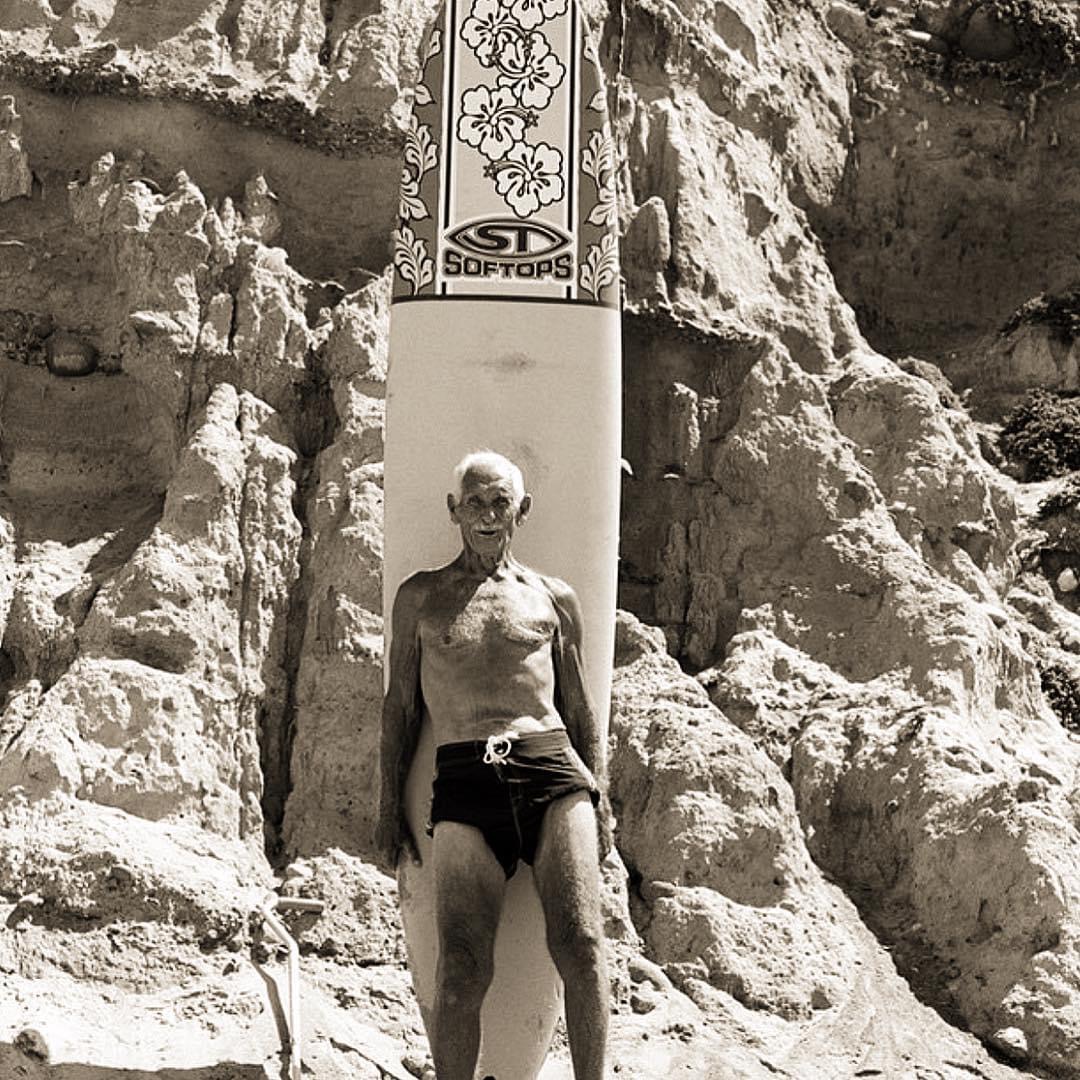 The story illustrates the important lesson of presence and listening that Doc Paskowitz learned from Duke Kahanamoku.

Dorian “Doc” Paskowitz was the patriarch of the first family of surfing and is memorialized in the 2007 documentary, Surfwise. He gave up his career as a Stanford-educated physician to embrace a bohemian lifestyle traveling from surf break to surf break in a camper van with his family of eleven.  He lived on and off in Hawaii, where he befriended one of his idols, Duke Kahanamoku. He called Duke the “great spirit in my life.”[1]

In between college years, Doc boarded a ship for a year-long stay in Hawaii circa 1940. Over that year, he met and spoke with Duke many times in Waikiki, often out in the surf lineup.

When Doc heard of an opportunity to spend more time with Duke, he eagerly seized it. Someone had tipped him off that Duke would be motorboating from Honolulu, Oahu to Kaunakakai, Molokai by himself. Doc thought this trip would be a grand opportunity to learn from his idol and spend time with him.

“So, I hooked a ride with him,” Paskowitz recalls. “The two of us went on that boat alone, what a thrill! I loved him so dearly because he stood as the master of all the things that I loved as much as life itself, such as surfing, gentleness, manhood, and beauty. I adored him. Through his examples, I knew he was listening to me and embracing my words.”[2]

This trip was the first of many boat trips they shared together. While Doc was around twenty years old, Duke was middle-aged and had become an avid boater by that time in his life. On every occasion, the younger man, in excitement and awe, chatted and shared, while Duke was more commonly quiet and serene.

On one particular ride, after Doc had talked on and on, Duke finally spoke. In a calm yet meaningful tone, he said, “Talking is good, but listening is important too.”

In just a few thoughtful words, Duke managed to impart his message of the importance of listening with attentiveness and humility.

As many young men are, Doc was brimming with overconfidence and pride. At that time, he was an ambitious, fit, well-educated young man, with everything going for him in the world, yet he was still incredibly young and naive. But after he heard this simple phrase from Duke, he realized his attitude needed to change. His idol's words resonated so deeply with him that he vowed to work harder to be a listener first before being a talker. He kept this humble mentality for the rest of his life. As a physician, Doc became an incredible diagnostician. By using Duke's simple lesson to listen more, he was able to find the root issue of patients in a more thoughtful, respectful, and effective manner. Many remember Doc for making them feel like the most important person in the world when having a conversation with him because of his attentive focus and presence.

Throughout their relationship, Duke taught Doc to nurture and foster younger people with gentleness, grace, and humility through example. In other words, Duke showed him the true meaning of Aloha. The Spirit of Aloha comes from your actions, not your words. Living this way, the positive feelings and thoughts you have echo outwards. They exist for an eternity and multiply and spread throughout the lives surrounding you. Duke embodied the spirit of Aloha, which he directly attributed to his friendship with Duke Kahanamoku.[3]