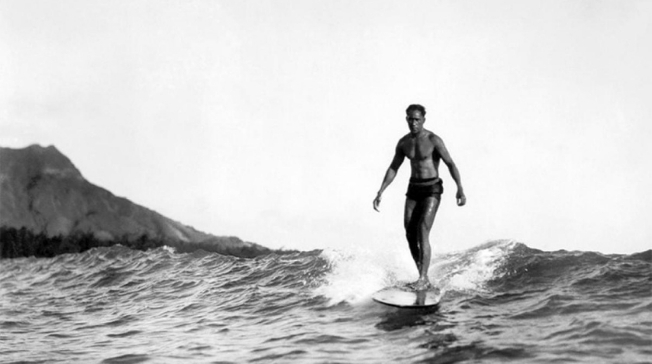 Malama Pono, Inc. announced it has produced a video in conjunction withNMG Network, to share the spirit of Duke Kahanamoku’s Creed of Aloha as our community copes with aglobal pandemic amid a period of civil unrest.

‍
Honolulu – June 9, 2020 – Malama Pono, Inc. today announced it has produced a video in conjunction with
NMG Network, to share the spirit of Duke Kahanamoku’s Creed of Aloha as our community copes with a
global pandemic amid a period of civil unrest. Click here to view the video. Duke’s words of wisdom, by which
he lived his storied life, resonate more profoundly than ever:

In Hawai’i we greet friends, loved ones and strangers
With ALOHA, which means LOVE.

ALOHA is the key word to the universal spirit of real hospitality, which makes Hawai’i renowned and as

the world’s center of understanding and fellowship.
Try meeting or leaving people with ALOHA.
You will be surprised by their reaction.
I believe it and it is my creed.
ALOHA to You,
Duke Paoa Kahanamoku

Malama Pono urges our community to “take solace in Duke, his strength, his example in the face of crushing
blows. Duke was ready for the 1916 Olympics, scheduled for July in Berlin, as reigning world and 1912
Olympic champion. But as World War I continued, the games were cancelled. In 1918, Duke and two other
swimmers from Hawaii, Clarence Lane and Stubby Kruger, toured the United States with the Red Cross for
nine months to lift military and civilian morale.

‍
Duke became a symbol of hope, but disaster struck again when the three swimmers caught the Spanish flu and
nearly died in Washington D.C. Duke returned to Hawaii to recover and soon assumed a greater leadership
role, organizing swim meets to build morale and maintain swimming excellence.
Through his remarkable comeback, Duke again became a gold medalist in the 1920 Olympics, held in war-torn
Antwerp, Belgium, again setting world records at 30 years of age. The United States was the strongest team at
the 1920 Olympics because of Duke.

‍
About Malama Pono Inc.
Malama Pono was formed more than 20 years ago with a vision to introduce and share the legacy of Duke Kahanamoku to new
generations of people, and in ways that reconnect Duke’s values for the world today – and tomorrow. The meaning behind our
name expresses our dedication to the Duke Kahanamoku legacy, to care for, protect (malama) properly and with care (pono).
For more information on Duke’s legacy, please visit www.dukekahanamoku.com.