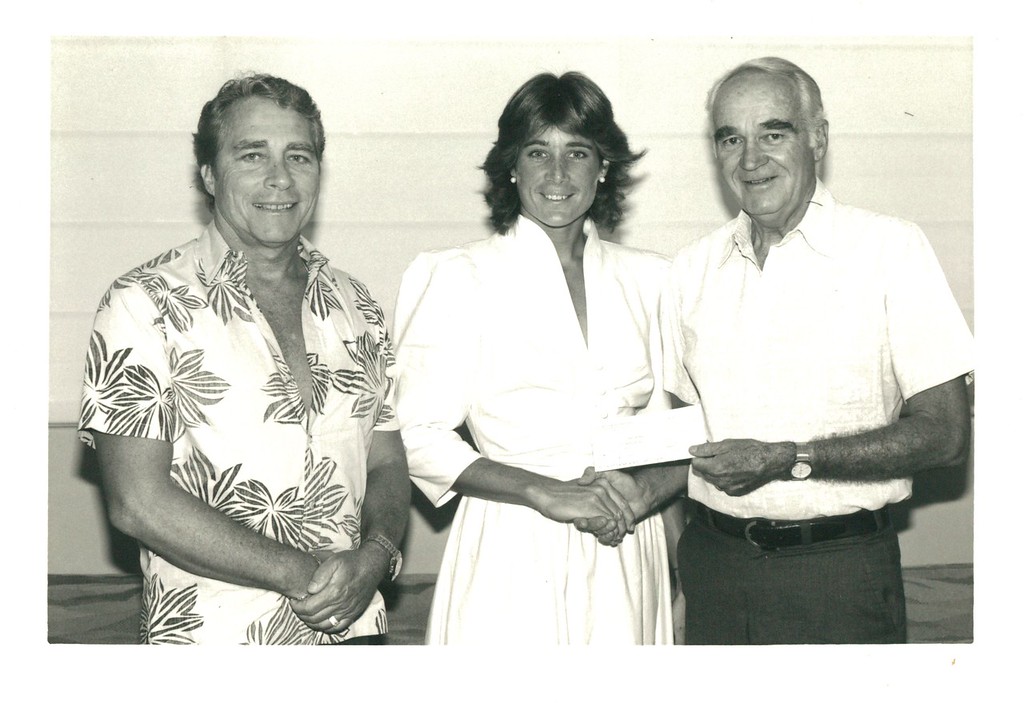 The Woman in The High Tower

In June 1986, Debbie Wayman received the first ODKF grant check from Ron Sorrell, chair of the ODKF Athletic Grants Committee, and Ben Cassiday, president of the ODKF. Debbie Wayman was the first female lifeguard on the North Shore of Oahu. She used her grant to participate in the U.S. Lifesaving Association National Championships in Galveston, Texas

Suzy Stewart had helped swimmers in distress in California and along O‘ahu’s southern beaches, but never on the North Shore during the bruising winter season. This is her first.

She grabs her rescue board, charges across the sand and paddles out. In a lucky lull between big sets, she reaches the drowning man, rolls him on top of the board and paddles for shore. Glancing behind, Stewart sees a big set coming and knows that if it breaks while they’re too far out, the rescue will be over. Stewart paddles with everything she’s got, and just as the set breaks, she slides to the tail of the board to keep it from flipping. When the white water hits they wobble, then level out and ride the foam to the beach.

That was in 1995, and for the next decade Stewart watched over notorious North Shore breaks like Waimea, Pipeline and Sunset Beach, the last of which she worked so often that Hawaiian waterman Brian Keaulana started calling her “Sunset Suzy.”